A secret weapon of many podcasters and voice actors on a budget is the acoustic box (or mic box or whatever random-ass name someone has come up with for their YouTube tutorial). At its core the concept is simple: take a box, line the inside with foam to deaden any sound bouncing around, thus giving a more professional-sounding final product. No more need to drop dollars on acoustic foam tiles that make ones’ bedroom look like they’re trying to be the next hot YouTube gamer.

Of course, the box relies on one ignoring the fact that sound bouncing off the wall behind the person still creates reverb, so don’t delete those acoustic foam tiles off your Amazon wish list just yet. 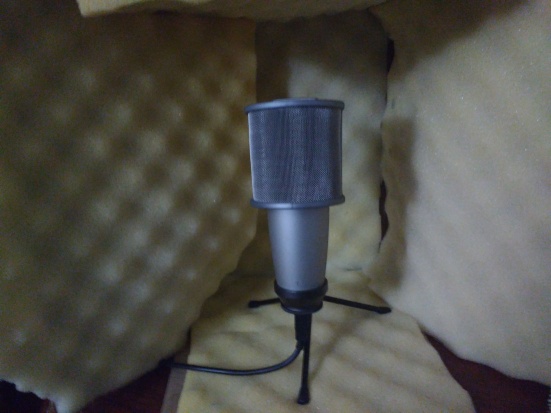 Here’s what I’ve been working with for the better part of a year: An Amazon Prime box I’ve taken some spray-adhesive to and layered with pieces of a $7 foam mattress topper I bought from WalMart (and then threw away a good 75% of). It’s worked well so far but it’s showing its age. There’s only one thing for it: I need to invest in the cheapest glue gun money can buy, slightly-less shitty looking foam tiles, and recycle some Amazon boxes I’ve yet to gather the motivation to throw away. 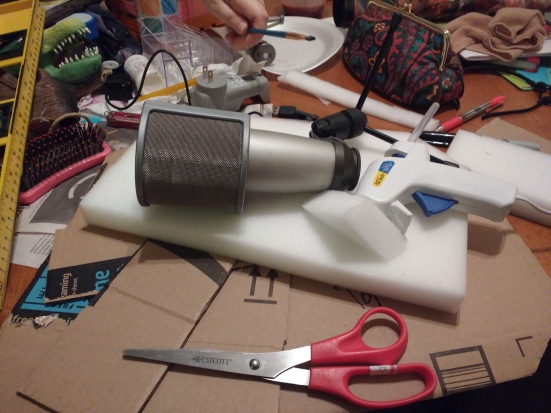 My watchphrase of this project is “fuck it.” I actually have the materials and tools to do a sturdier, nicer looking version of this project but I’ve also had those materials for months now, so fuck it. Here I’ve eyeballed things and taken a pair of bent scissors to some pieces of cardboard. Time to get gluing.

Pro tip: Make any markings on the side of the cardboard with Amazon branding and tape so when you begin assembly the cardboard exterior looks nice and clean.

At this point I asked myself “do I want to cut up more foam pieces to pad out the interior of this box, or should I just use the scraps from the first piece I’ve cut up and call it a night.”

The answer? Say it with me everyone: “fuck it!” 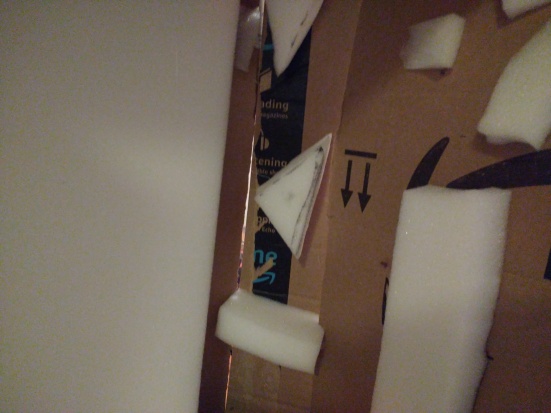 As things began to come together I quickly realized three fundamental truths at the very same time: this isn’t the most structurally sound box ever made, using foam as a structural brace is asking for trouble, and I’m going to have to do something to make this look better.

Seriously, what could possibly make this monstrosity of cardboard and hot glue  look better? Two words:

Cat. Ears. After all was said and done I enlisted the talents of my significant other who was painting across from me at the table anyway to fully finish this product. Everbody, I would like to introduce you to The Podcat Box.

View all posts by Gavin